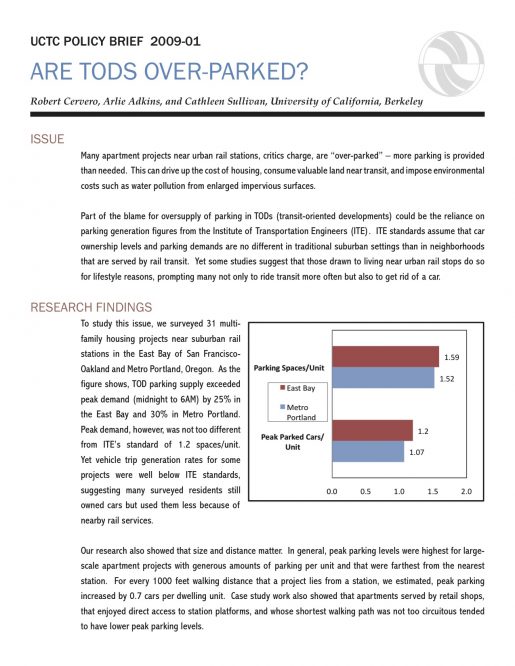 Many apartment projects near urban rail stations, critics charge, are “over-parked” – more parking is provided than needed. This can drive up the cost of housing, consume valuable land near transit, and impose environmental costs such as water pollution from enlarged impervious surfaces. Part of the blame for oversupply of parking in TODs (transit-oriented developments) could be the reliance on parking generation figures from the Institute of Transportation Engineers (ITE). ITE standards assume that car ownership levels and parking demands are no different in traditional suburban settings than in neighborhoods that are served by rail transit. Yet some studies suggest that those drawn to living near urban rail stops do so for lifestyle reasons, prompting many not only to ride transit more often but also to get rid of a car.