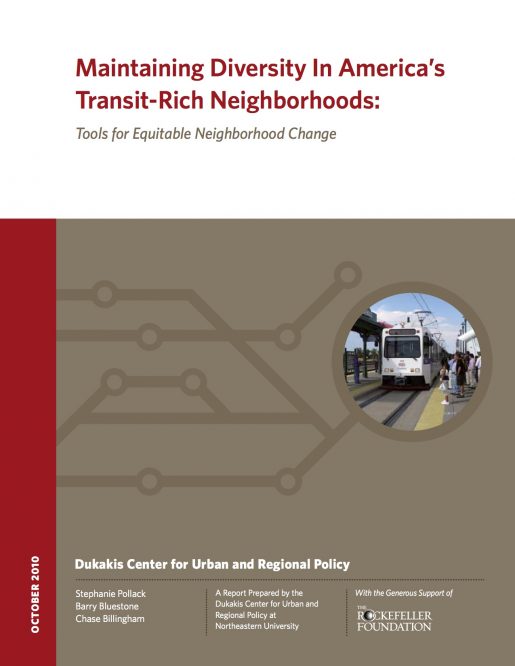 Our research found that transit investment frequently changes the surrounding neighborhood. While patterns of neighborhood change vary, the most predominant pattern is one in which housing becomes more expensive, neighborhood residents become wealthier and vehicle ownership becomes more common. And in some of the newly transit rich neighborhoods, the research reveals how a new transit station can set in motion a cycle of unintended consequences in which core transit users—such as renters and low income households—are priced out in favor of higher-income, carowning residents who are less likely to use public transit for commuting. We believe that the risk that transit investment could catalyze undesirable neighborhood change is substantial enough that it needs to be managed whenever transit investments or improvements are being planned. We therefore present a toolkit of policy tools for shaping equitable neighborhood change in [Transit Rich Neighborhoods] TRNs, tools that are increasingly available and in use across the country.