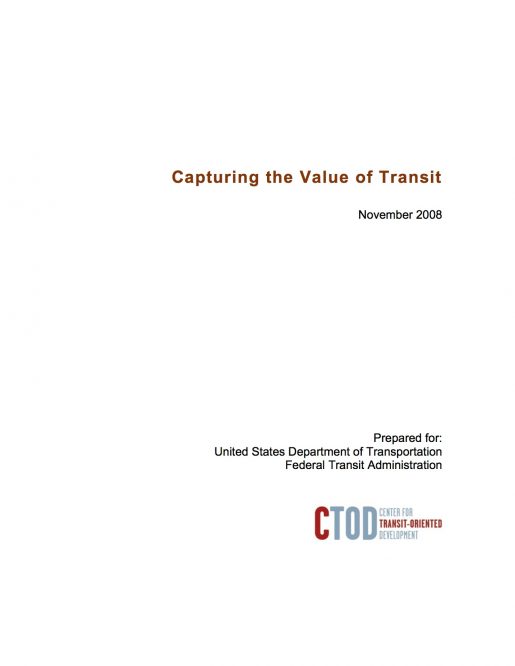 Capturing the Value of Transit

Over the past decade, it has become increasingly clear that the presence of transit can increase property values and result in valuable development opportunities. In this era of constrained transit funding and widespread demand for new and expanded transit systems, policy makers, transit planners and elected officials are increasingly interested in harnessing a portion of the value that transit confers to surrounding properties to fund transit infrastructure or related improvements in station areas. This idea, known as “value capture,” is much discussed in planning, transit, and local government circles. However, confusion abounds. Where does the value come from? What is the best way to measure it? And, most importantly, what is the best way to capture this value?