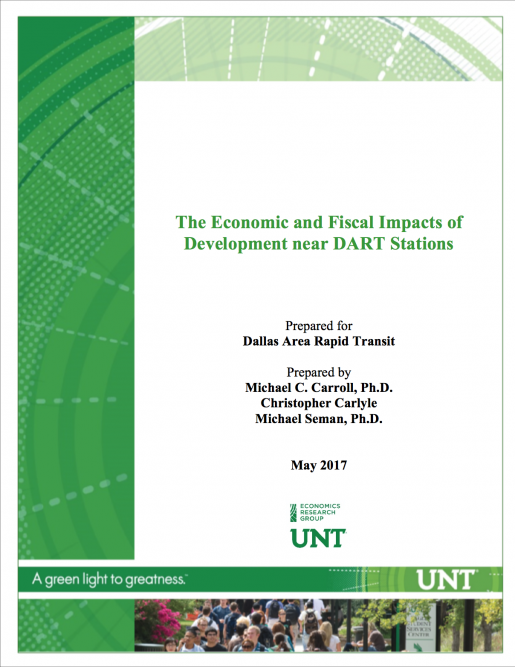 The Economic and Fiscal Impacts of Development near DART Stations

The purpose of this document is to identify and calculate economic impacts of real estate development projects within a quarter-mile radius of DART light-rail stations. The study is a follow-up to the 2013 analysis completed by this office and analyzes development projects in 2014 and 2015. The values of all projects included in the analysis were determined through a combination of steps, including the use of their estimated values as published in the sources analyzed, cross-checking the properties with the Dallas and Collin county appraisal districts where possible, and augmenting all information with a review by analysts at Cushman & Wakefield. IMPLAN software was used to create an economic input-output model to measure the direct, indirect and induced impacts of the development projects on the Dallas-Fort Worth region.

Read the previous study, “Development Impacts of the DART Light Rail System” that examined the impacts of DART’s light rail system on property development and commercial property lease rates through 2013.