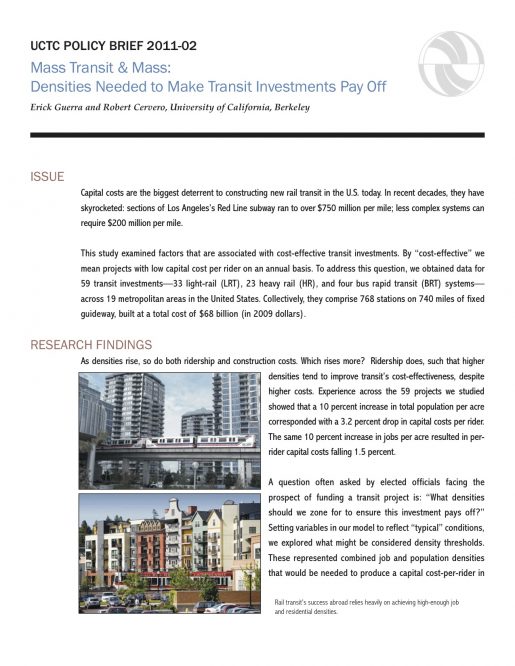 This study examined factors that are associated with cost-effective transit investments. By “cost-effective” we mean projects with low capital cost per rider on an annual basis. To address this question, we obtained data for 59 transit investments—33 light-rail (LRT), 23 heavy rail (HR), and four bus rapid transit (BRT) systems— across 19 metropolitan areas in the United States. Collectively, they comprise 768 stations on 740 miles of fixed guideway, built at a total cost of $68 billion (in 2009 dollars). As densities rise, so do both ridership and construction costs. Which rises more? Ridership does, such that higher densities tend to improve transit’s cost-effectiveness, despite higher costs.