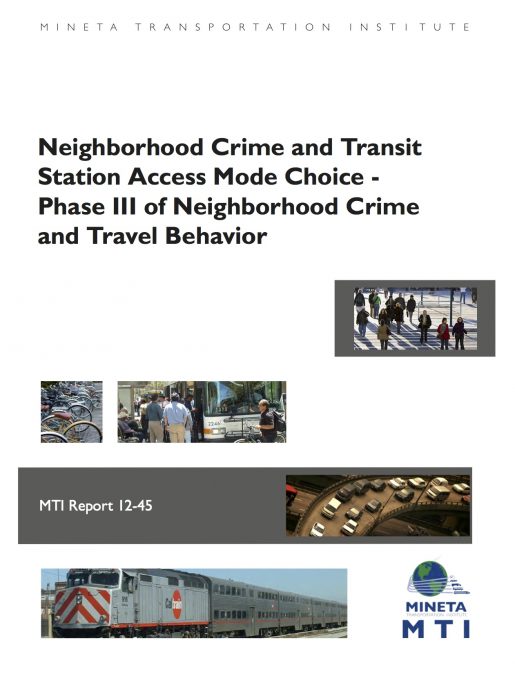 This report provides the findings from the third phase of a three-part study about the influences of neighborhood crimes on travel mode choice. While previous phases found evidence that high levels of neighborhood crime discourage people from choosing to walk, bicycle and ride transit, consistent with the authors’ hypothesis, they also produced counterintuitive findings suggesting that in some cases, high crime neighborhoods encourage transit ridership at the expense of driving—the opposite of what common sense would suggest. Phase 3 tested possible explanations for these counterintuitive findings with a series of methodological improvements. These yielded strong evidence supporting the hypothesis that high-crime neighborhoods encourage driving, and they generated none of the counterintuitive findings from previous phases.